The Unexpected Delights of a Portable Sanitation Career

INFOGRAPHIC: Breaking Down the Costs of Portable Restrooms 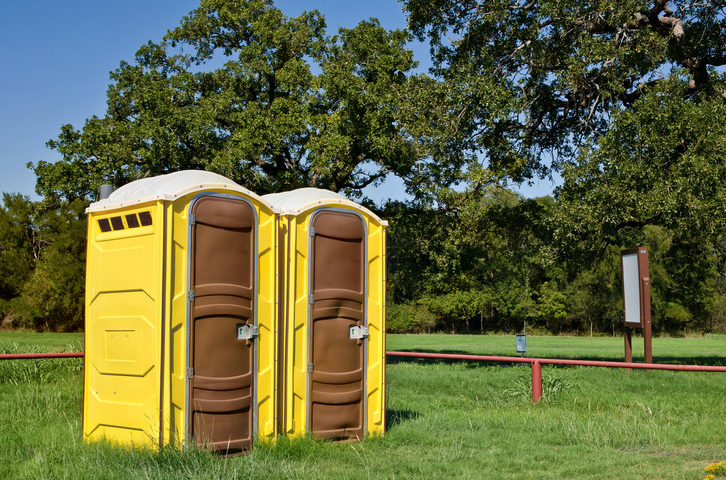 You’ve heard the comments and assumptions about owning a portable sanitation business.

Who in the world would want that job?

But when you walk a mile in the boots of many portable sanitation small business owners, a different perspective emerges.

There will always be aspects of running a portable sanitation business that make it more challenging than the average small business. Nevertheless, owners tell us and statistics show us that the business and career that seemingly no one wants to have and everyone makes jokes about is continuing to deliver career satisfaction, profitability unexpected pleasures. (But it does help to have a good sense of humor.)

Why a portable sanitation career? Because success is there for the taking.

Six years ago, Brad Wilson’s cousin loaned him 50 portable toilets, supplies and his backup pumper truck to see if he would like the portable sanitation business. Today, Better Portable Toilets in Albany, Oregon has 600 units. “Everybody told me there was no way I could do this,” Wilson said. “There was no room for my company. The market was saturated. There were large players and players.”

In the first five years, the company doubled in size every year. There was a point when they were turning down 15 customers… a day. Wilson’s “secret” to success is “When you finish cleaning the unit,” he tells new employees, “you should be willing to let your mother go in after you.”

Fairs and events are Better Portable’s bread and butter. A favorite is the ladies-only, pink toilets that feature a sink, mirror, purse hook, wastebasket and silk flowers. He approaches potential customers with the question, “Have your events ever gotten compliments about how clean your portable restrooms are?” He asks because Better Portable has never worked an event without getting compliments – and he has the letters to prove it.

“I like the industry,” Wilson said. “There is huge growth potential.”

Some operators have an insightful understanding as to what is at the heart of the industry. The focus is not on the dirtiness. It’s on the cleanliness.

Jeffrey “Bucky” Potter, of Potter’s Potties in Catharpin, Virginia, says on his Facebook page that his mission is to “debunk the ‘dirty’ stereotypes that are so prominent in the neglected portable toilet industry.”

When he first saw the opportunity of a portable sanitation career, he realized he could differentiate his service by emphasizing a “clean” mentality. He uses the word “clean” constantly when speaking to customers and potential customers. Potter’s Potties offers “the cleanest potties around,” and they’re environmentally friendly, too (“clean and green”).

His instincts proved to be correct. Cleanliness is a top-selling feature. Potter tells of a man, driving, who needed a bathroom break. Seeing a Potter’s Potties unit at a site, he pulled off to the side of the road to use it. He was so impressed by the cleanliness of the unit that he became a customer.

Why portable sanitation? “The pros far outweigh the cons,” Potter said. Where others see a terrible career or smelly work, Potter sees the enjoyment of getting in the truck every morning and driving through the beautiful countryside. Not punching a clock. Lots of freedom.

“Portable sanitation fits my personality,” he noted. “It’s just a little different. That’s what keeps it interesting.” And with name like Potter, he seemed predestined to own a portable sanitation business. “The name Potter’s Potties catches people’s attention,” he said. Because he’s proud enough of the industry to lend his name to his company, the nastier aspects of the career become a challenge, not a deterrent. He uses all the bad puns and negative comments he hears to “start the conversation.”

Potter’s Potties opened in 2017. Potter noted, “We’re already successful, but there’s plenty of room for improvement.” Be sure to check out his video on his company homepage.

Putting the Emphasis on People

One of the pleasures of portable sanitation that can change attitudes about the industry is a focus on the end user. Although you are supplying a product (portable toilets), it’s really about providing a service. As a service industry, portable sanitation is in the business of making people feel better and live better.

In other words, portable sanitation is a people profession.

Paul Cooley, of Cooley Pumping/Cooley Sanitation, is a good example of a people person. He has a very high personal satisfaction rate when it comes to meeting with people. “I enjoy 99 percent of the people I work with,” he said. The people include his team. He covered all the routes at first and now has 18 employees. “I have a good crew, and like working with them,” he said.

Cooley Pumping services many large festivals, which appeals to Cooley because he takes a lot of pride in the design and planning of a complicated setup. Because Cooley is on-site perhaps more often than most owners, his easy laugh and sense of humor help. So, when passers-by make the usual jokes, he laughs with them. “Who would want that job?” someone might ask. A favorite response is, “Where else can I make minimum wage and have this much fun?”

Actually, Cooley is doing better than that. “The business has done well for us,” he said. “It’s true that if most people don’t like to do it, it usually pays better.” He started a septic service business in 1993 and picked up his first 16 units on the memorable day of December 31, 1999. Within the year, his company had 125 units. He remembers, “We hit the ground running.”

If happiness is a measure of career success, Cooley is there. He said, “I like the industry. There’s obviously a need for us, and I’m just happy to be a part of it.”

PROs like Wilson, Potter Cooley take their career seriously, but when it comes to joking about the industry, PROs do it more than anyone else – and that’s a good thing. Humor is an unexpected pleasure of portable sanitation.

Many PROs use humor to introduce the public to a more positive image of p sanitation. Others find common ground in their work. Join a portable sanitation group on Facebook and other social media sites and you’ll see humor on constant display. Much of it is reminiscent of Rodney Dangerfield and his famous line, “I don’t get no respect.” Humor shows that operators are comfortable with their work and careers.

In fact, laughing at yourself is good for you. NBC News reports that laughing, along with an “active sense of humor,” can protect against a heart attack and prevent heart disease. Happier people are also more resilient, meaning they can better handle life challenges, while a Harvard University study indicated that the stress experienced by less resilient people produces chemicals in the body that cause inflammation. Higher resilience is also associated with a higher pain threshold and better short-term memory.

Of course, when you’re running a successful portable sanitation operation, it also helps when you can “laugh all the way to the bank.”

Take It to the Next Level

It’s the small business owners who take the greatest pleasure in their business and their industry that give portable sanitation a good name. They put all the elements together to create a portable sanitation experience built on ambition, pride, service, quality, promotion and community involvement.

“Magic Mike” Benson started A-1 Porta Potty about three years ago to “make portable sanitation great again.” (By the way, he’s had his nickname for more than 20 years, long before the Channing Tatum movie, as an entertainer and race track announcer. He does a super voice imitation of Mater from the Pixar film Cars.)

“We took portable sanitation to the next level,” he said. All of his units are immaculately clean, identical and easily recognized, have lighting, hooks and other amenities. Then, he crafted his brand to create public awareness of A-1’s superior service, using a sense of humor, good fun and involvement.

Benson b a “Photo of the Week” contest for his drivers. They take photos of their best setups. The pics are posted and the public votes. The winner earns the driver a gift card. He also invited the public to take part in a “scavenger hunt” by locating and taking selfies with a particular unit (identified by number), with concert tickets as the prize.

He and his team take comments in stride. (Typical humor: Hey, that’s a “crappy” job. Favorite comeback: Yes, it is. But every Friday, I smell a paycheck.) But because Benson is involved in the communities he and is well-known, he also often hears comments like, “Magic Mike, I’m glad your porta–potties were at the festival. I knew I could trust them to be clean.”

A-1 started with 70 units and one truck. Today, taking it to the next level of success, Benson has 900 units, four route drivers, two septic trucks and six portable restroom trailers. “We’ve had a lot of growing pains, and we’ve overcome many obstacles,” Benson said. “But we’re proud of our work and we’re not stopping until we’re on top.”

“The industry is challenging and exciting,” he added, “but you have to have fun.”

Ultimately, respect for an industry comes first from within.

Tim Smith, of A King’s Throne, points out that the spirit of camaraderie in the industry is one of the main reasons he chose portable sanitation as a career. He started his company in 2006 and worked in the business beforehand. In all his experiences, he said, “The people I’ve met are so friendly, so willing to talk to you or help you out, whether they are vendors or other operators. There’s not another industry like it.”

It’s an industry where all are treated equally. Smith said, “At tradeshows, we’re all the same” if you’re a small owner with 2,000 units (like Smith), or a company with 40,000 units.

Smith started with 200 units. His company grew because, as he said, “I have an honest work ethic, and what I promised to the customer, I delivered.” He had a great mentor in Lee Sola of S&B Porta-Bowl Restrooms. Today, one of the pleasures of Smith’s business is watching his employees grow and knowing he helps provide them with a good living

Smith still hears the jokes and comments, but he has been around long enough to see a trend – the negative view of portable sanitation is fading. “The attitude is changing,” he said. In addition to PRO efforts in the public eye, Smith attributes the reversal to the significant role of education, especially through Portable Sanitation Association International (PSAI). PSAI has promoted an impressive image of professionalism, success, environmental stewardship and public benefit. Smith serves on the PSAI board.

Smith added, “Yes, I definitely recommend portable sanitation as a career. It has huge potential for growth.”

Many people might still make fun of portable sanitation, but the numbers reinforce what most of us already know – your public sanitation services are needed and wanted.

PSAI recently released its latest review of the sanitation industry. Based on its best estimates, it concluded that the data show the industry is healthy, serves a broad public demand and offers career opportunities for entrepreneur and employee alike.

Every successful portable sanitation business helps build the reputation of the industry. Every satisfied customer helps tilt the image from negative to positive. 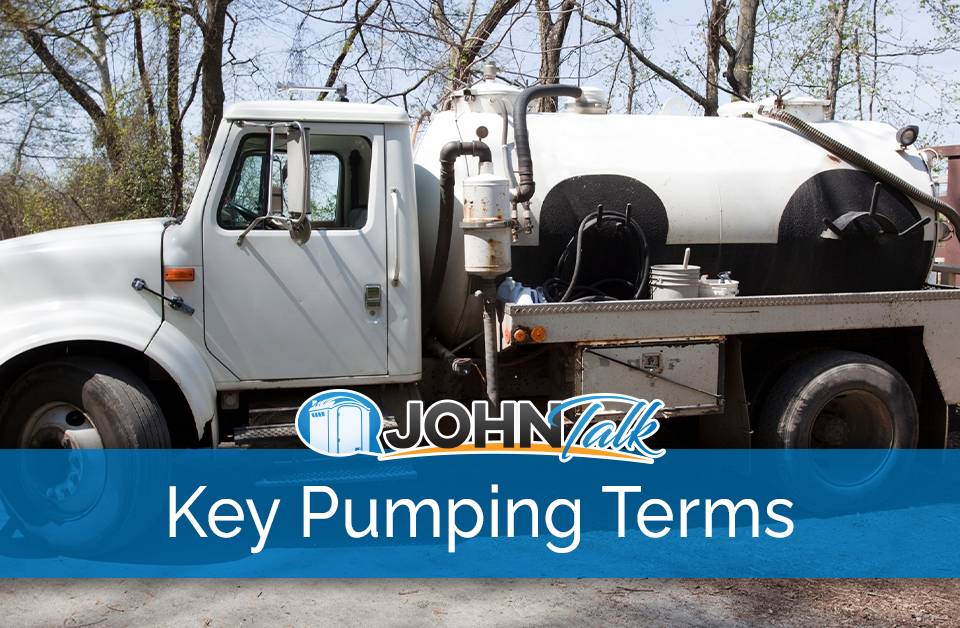 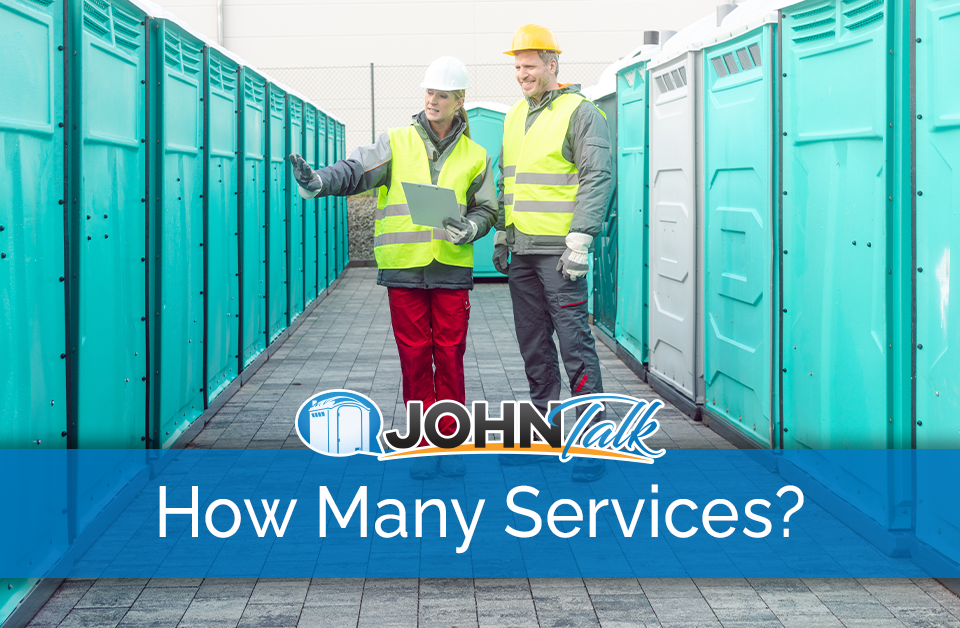 How Many Units Can Realistically Be Serviced in a Day? 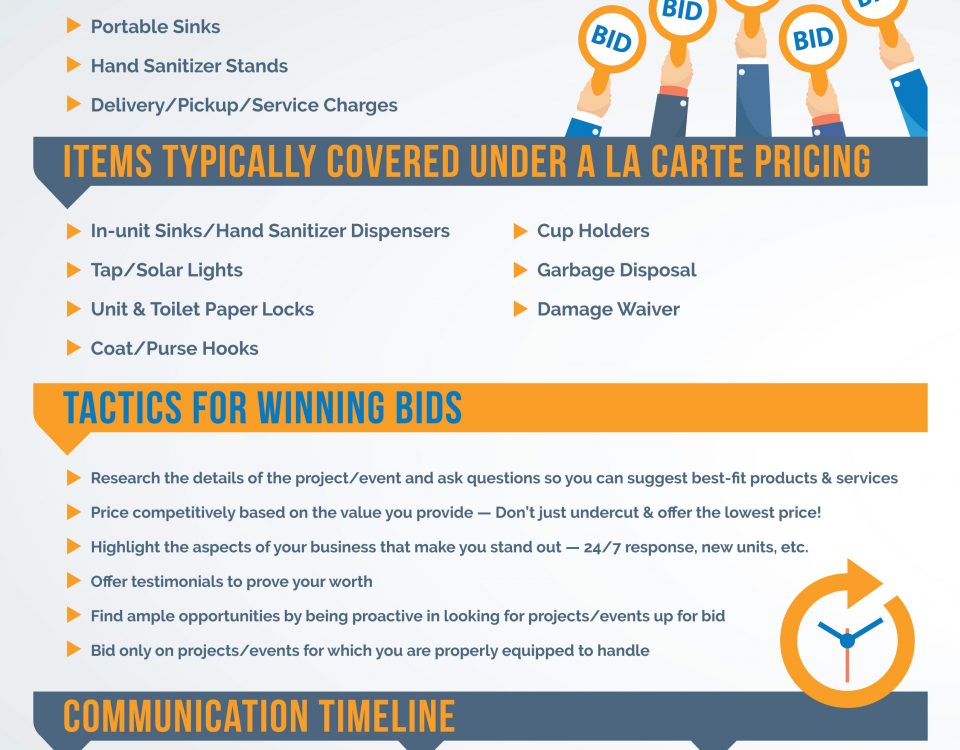