Understanding Rental Operation Contracts and Why You Should Use Them

Analysis of the Different Kinds of Pumper Trucks

Lots of things are found in porta-potties, and some of them can be very strange and very gross. The following list includes some of the weirdest things ever found in portable restrooms. Be forewarned, this is not for the faint of heart.

8. Animals – Whether they’re put into porta-potties by pranksters or find their way into them on their own, many people have come across animals in units. They range from squirrels and turtles to creepy crawlies like spiders and snakes.

7. Bodily Fluids – Obviously, portable toilets exist to collect bodily fluids, but they’re intended to be left in the tanks. That doesn’t always happen. Urine, feces, vomit, and blood have been known to end up on the walls and floor.

6. Sex Toys – People sometimes use portable restrooms for alternative reasons. Sex toys discovered in units are proof of that.

5. Pipe Bomb – In July 2013, a sanitation worker in Lakewood, Washington found a pipe bomb in a portable restroom, causing 50 people in the area to be evacuated from their homes and businesses. The device was safely destroyed.

4. Meth Lab – In February 2013, a porta-potty in Purcell, Oklahoma served as a miniature meth lab. Employees noticed an unusual smell coming from the unit and discovered plastic bottles containing chemicals used to manufacture meth. Two bottles exploded before police arrived, but the unit was unoccupied at the time and no one was hurt.

3. Newborn – In 2009, a woman in Cambridge, Maryland gave birth in a porta-potty and left the newborn inside, even warning a passerby not to use the toilet and explaining what she had done. The man called 911 while the woman retrieved the unresponsive baby from the toilet. The baby did survive and was assigned to social services, while the woman, who told police she didn’t know she was pregnant, was charged with child abuse and reckless endangerment.

2. Fetus – In June 2008, a sanitation worker pumping a portable restroom at a sand and gravel company in Weld County, Colorado discovered a discarded third-trimester fetus in the toilet.

1. Dead Bodies – On many occasions, dead bodies have been discovered in units. The causes of death have ranged from medical emergencies to drug overdoses to murders.

* Information from Listverse was used in this article. 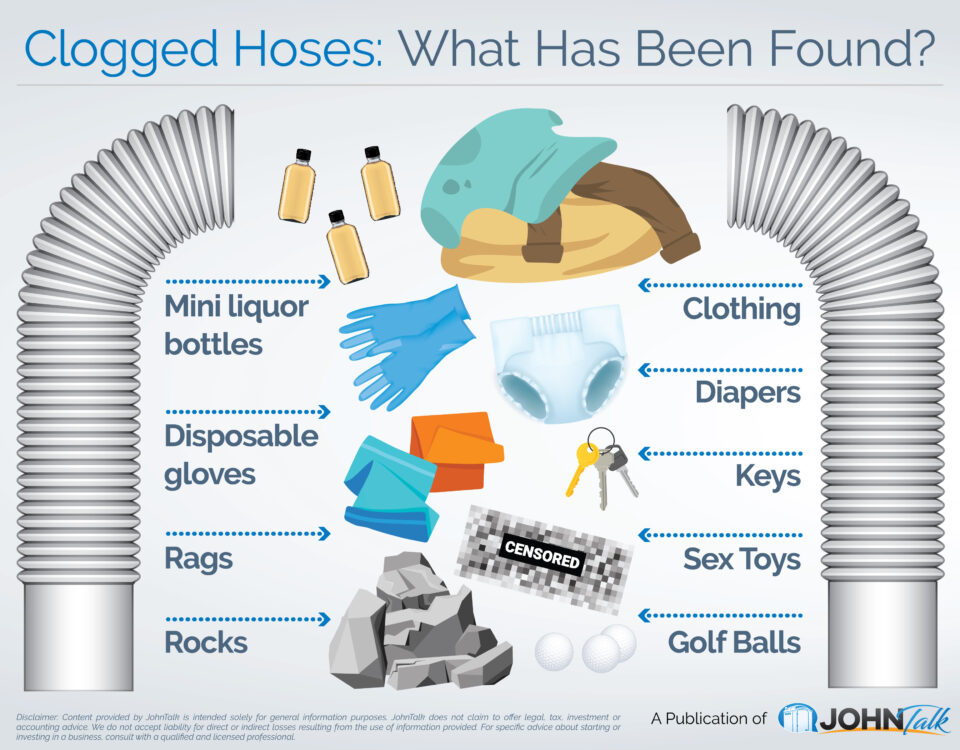 INFOGRAPHIC: Clogged Hoses: What Has Been Found? 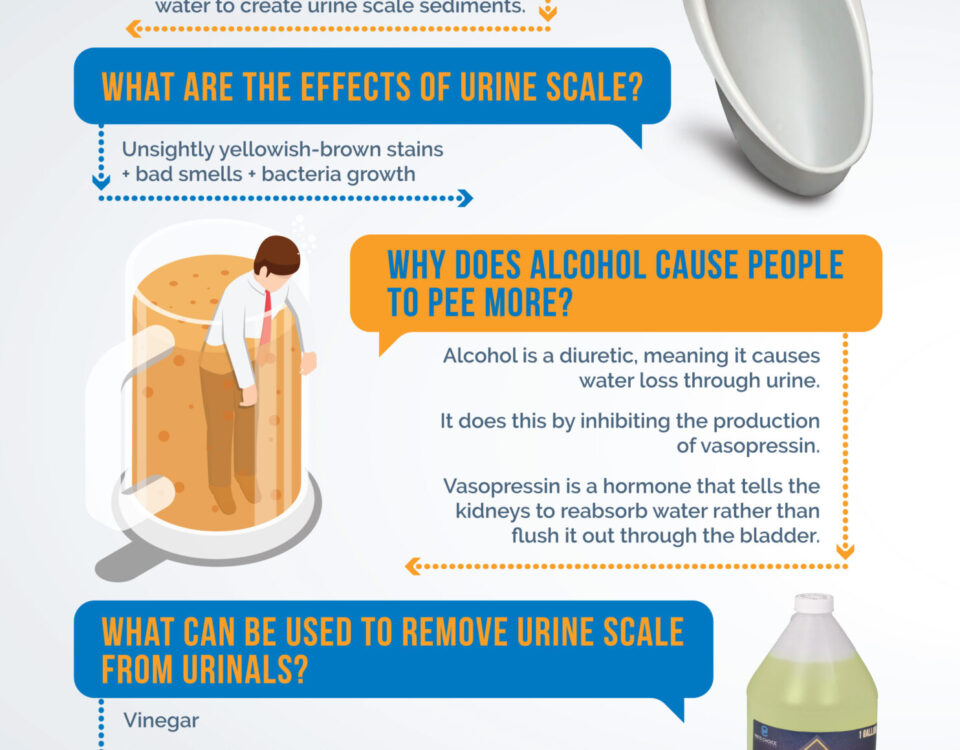 INFOGRAPHIC: The Science of Pee