#PortaPottyChallenge: How Many People Can Fit Into a Porta-Potty?

Avoid Tricks and Traps of the Credit Card Industry

How to Save on Ordering Supplies 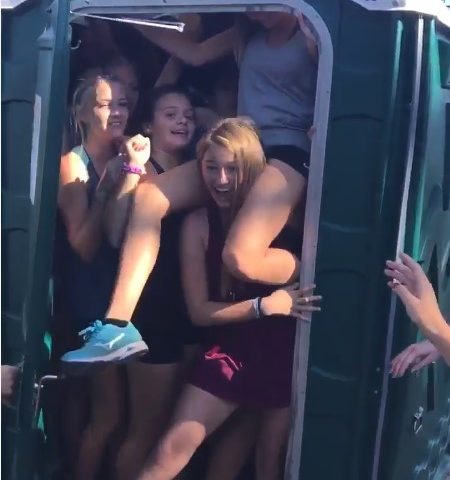 How would you react if you opened one of your units to service it, and 40 people walked out?

Well, perhaps you shouldn’t be surprised. It’s the #PortaPottyChallenge, and it’s a recent craze in which portable toilets are filled with… people. It’s gotten the attention of a number of websites, including Sports Illustrated.

According to SI, the challenge has been taken up mostly by school cross country teams because the athletes are smaller than other types of teams – and we assume more limber and flexible as well. The site offers several videos of runners, flush with their success, pouring out of the unit. In one video, the Riverside Cross Country team in South Carolina crams 40 teens into one extra-large unit. You can see the seams of the unit splitting open!

Mental Floss says that the first people-packing craze began in 1959 when 25 students crammed into a phone booth in South Africa. It’s an unofficial record, however, because it’s not listed in the Guinness Book of World Records. In 2012, seven female contortionists bent over backwards to set an official Guinness record by jamming into a photo booth. Picture that scene!

Perhaps the whole idea started with the circus “clown car” gag that was also first used in the 1950s. Car cramming found its ideal vehicle in the Volkswagen Beetle. In 2010, 20 people from the Asbury University Emancipation Project (USA) in Lexington, Kentucky, filled a VW. It was for a good cause – to draw attention to human trafficking.

Today’s #PortaPottyChallenge is putting a new face on an old stunt because, as it turns out, outdoor sanitation had already been at the forefront of attracting lots of people to a tiny space. In 1959, in Brookings, South Dakota, 37 people jammed themselves into an outhouse. According to the “rules,” half of the body could remain outside and still count. Nevertheless, they obviously needed all the room they could get. A photo shows a magazine (you can guess what it was used for) on the roof.

We believe displays of shenanigans like the #PortaPottyChallenge are really an affectionate tribute to portable toilets. Despite the many jokes, people are actually interested in, and appreciate, the common, dependable porta-john. Portable sanitation is truly part of the social fabric of our society today.

And while publicity is nice, you probably don’t want to start advertising your units as, “roomy and rugged enough for 40 people at one time.” 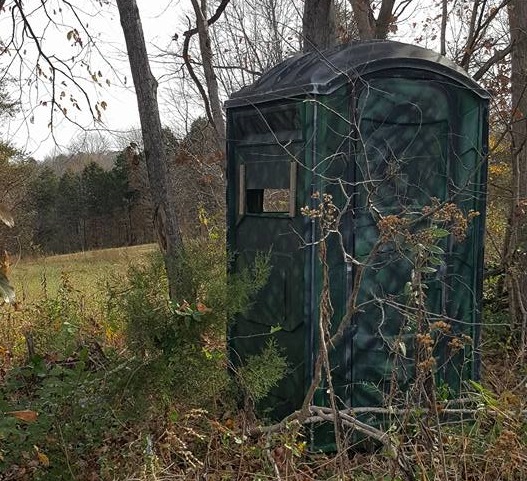 What to Do with Retired Units 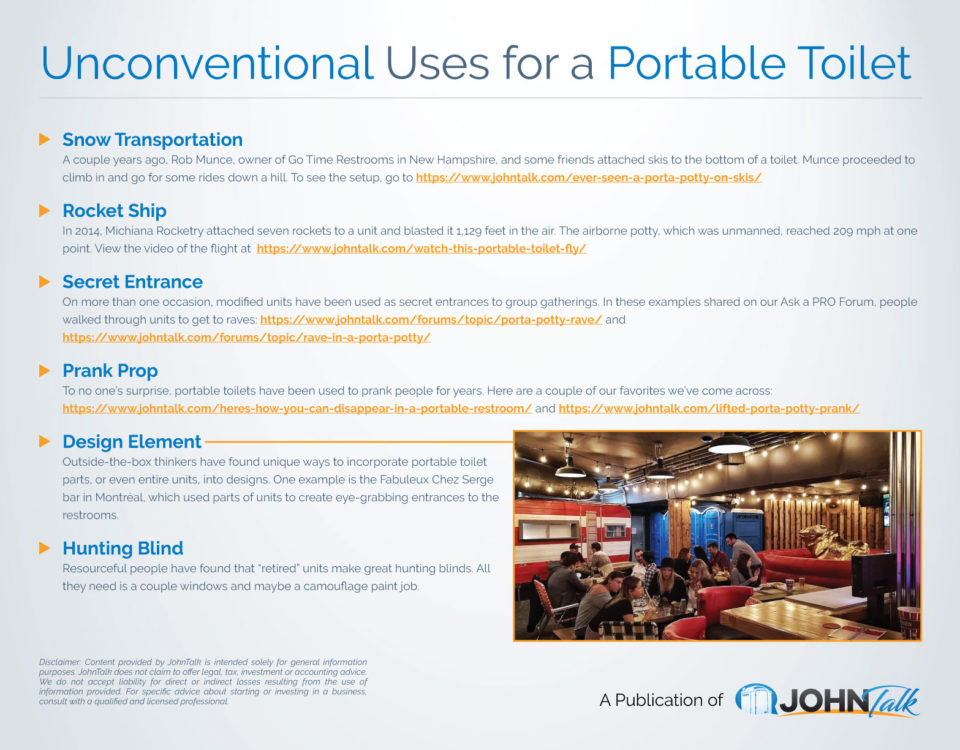 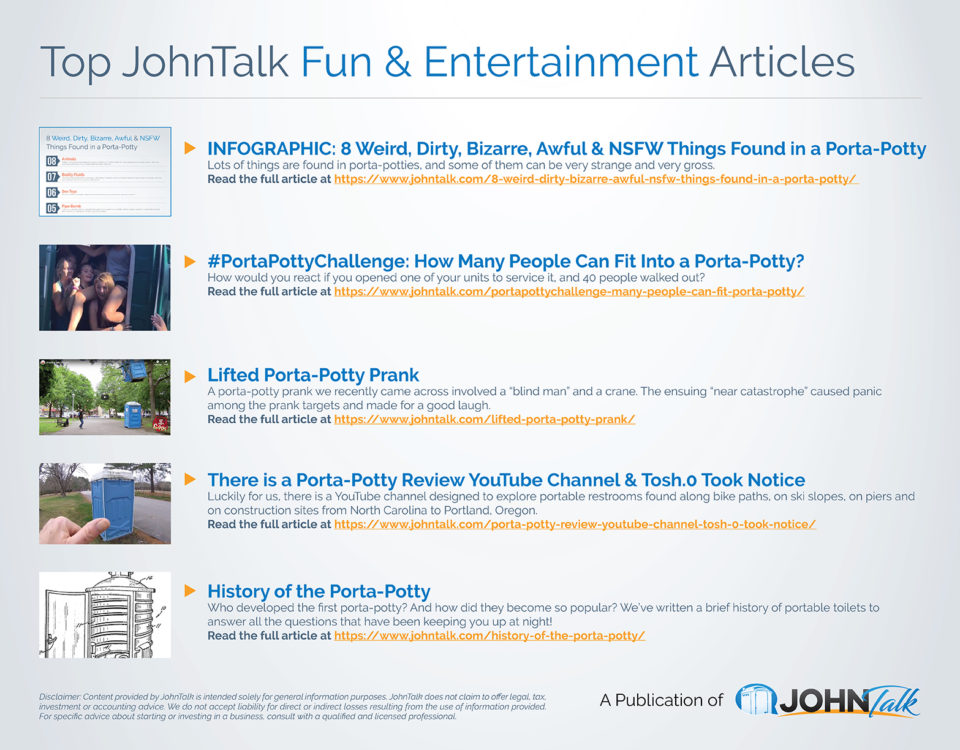